The ten movies nominated for best picture this year are more racially homogeneous than the ten movies nominated in 1940.  You can read the piece for yourself and draw your own conclusions.  The question posed by the piece is really what intrigues me: is this "an anomaly, or an unsettling sign of the times?" The answer is complicated, as the article makes amply clear.  As I read it, I could not help but think of Disney's first black princess, in the "Princess and the Frog." 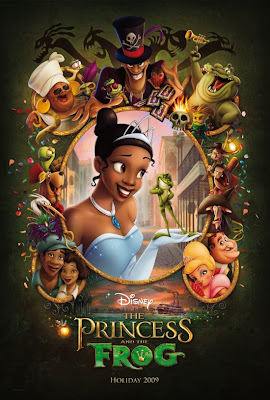 When it premiered, "Princess and the Frog" was an unqualified artistic success.  The movie received an 84% positive rating from 155 movie critics. It also garnered three Oscar nominations including one for "Best Animated Feature." Released by the powerhouse Disney brand, the movie was bound to be a commercial success, a welcomed addition to the highly successful Disney "princesses" franchise.
But it was not meant to be.  At first glance, the movie appears successful enough, grossing $104 million at the box office.  But this figure hardly compares to the success of related Disney films, such as "The Lion King," with an adjusted gross of $554 million; "Finding Nemo," with an adjusted gross of $404 million; and "Cars," which grossed an adjusted $293 million.
Even among the princesses franchise, the "Princess and the Frog" does not fare well.  "Snow White and the Seventh Dwarves," grossed an adjusted $782 million; "Sleeping Beauty" grossed an adjusted $521 million; and "Aladdin" gross an estimated $396 million.
(By point of comparison, Disney's latest film, "Tangled," with an 89% rating and featuring a white heroine once again, has already grossed $192 million in 12 weeks) .
Adding to the curious fate of this film, none of the aforementioned films -- or any other Disney film, best I can tell -- can be accessed instantly on netflix.  The one film you can access instantly is "Princess and the Frog."
For the life of me, I cannot explain why this film has received such a negative reception compared to all other Disney films.  Could it possibly be that the race of our heroine made all the difference in the world?  Could it be, that is, that children all around the country were not yet ready for a black princess, even if their parents were ready for a  black president?
This example shows why race has always been a "marketing challenge" for Hollywood.
Let the market speak.
Posted by Luis Fuentes-Rohwer at 8:15 PM